Occasionally I've seen people having difficulties with mince not adhering to collagen casings and thought after seeing this I might share this to give food for thought in this matter.

I recently made a batch of snack sticks which required fermentation. Each day I would cut about three inches off a snack stick and remove the mince to test. Being impatient, I did this frequently.

Here is a photo and if you look at the top line where the casing is cut you can see an area which has essentially bonded to the casing and would require a knife to remove. 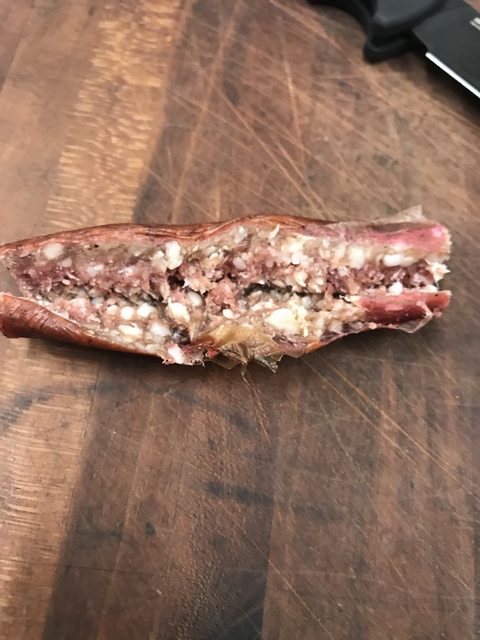 Your're probably right about the myosin helping with the adhesion. I have also found that adding a small amount of milk or soy protein powder also helps in the meat adhering to the casing. Another reason for failed collagen casings is that they are not all the same. Anyone buying them should make sure that they are suitable with the product they are making.
Top
Post Reply
2 posts • Page 1 of 1